Watford, UK – 8 October 2020. Wired Productions and Hello There Games is proud and humbled to celebrate the worldwide critical acclaim for AVICII Invector in a new Accolades trailer for the immersive rhythm game. Teaming up with veteran music video director, Mikee Goodman and British designer, Alice Vandy, a new Accolades trailer has been created featuring a one-of-a-kind jacket, created by Vandy and inspired by AVICII, celebrating the incredible scores. This one-off jacket is now available in a special charity auction, alongside a Nintendo Switch (and copy of the game!) via wiredproductions.com/aviciiauction. All proceeds from the auction will be donated to gamers’ charity SpecialEffect.Called “a singularly uplifting experience” by The Guardian and “the perfect way to say farewell” by The Sixth Axis, AVICII Invector fuses Tim ‘AVICII’ Bergling’s signature uplifting EDM tracks with hypnotic visualscapes to allow everyone to feel and experience AVICII’s music in a new way.

Turn up the volume and watch the AVICII Invector Accolades Trailer:

AVICII Invector is available now and released as the AVICII Invector Encore Edition for Nintendo Switch, PC, PlayStation 4, and Xbox One in digital stores along with the PlayStation 4 and Nintendo Switch physical retail versions for $29.99 / €29.99 / £24.99. Developed by Hello There Games and published by Wired Productions. AVICII Invector Encore Edition is rated “T” for Teen by the ESRB. All music royalties support The Tim Bergling Foundation, which advocates for the recognition of suicide as a global health emergency and promotes removing the stigma attached to the discussion of mental health issues.

Wired Productions is a leading video games publisher based in Watford, UK. Wired has produced and published award-winning titles across all major platforms. Bringing games to market in both physical and digital media, notable launches to date include Those Who Remain, Deliver Us The Moon, Close to the Sun, GRIP: Combat Racing, Victor Vran: Overkill Edition, Max: The Curse of Brotherhood and The Town of Light.

Hello There Games is an independent game studio, founded in 2009 in Gothenburg, Sweden. Hello There, as the studio was called back then, quickly released a series of successful games for various clients, including global brands and Swedish organisations. A few years, awards and many various games later, Hello There had extended their partnerships into the entertainment business. Working with the late superstar AVICII.

Mikee W Goodman is a British vocalist, writer, voice artist, voice director & producer plus music video director/creator. He is best known as a founding member, and lead vocalist of the metal band sikth, and co-writing and producing album Awoken Broken for Primal Rock Rebellion, forked by himself and Guitarist Adrian Smith from Iron Maiden, in addition to guesting on Bat for Lashes and Periphery albums.

More recently he has been working in the gaming industry, directing, casting and engineering multi award-winning games, and was one of five artists nominated for ‘performance of the year’ in the IGN 2019 awards.

Alice Vandy is an alternative British brand which creates a unique and exciting clothing collection, fusing fairy-tale fantasy with youthful streetwear. Alice Vandy collections morph the contours of the body creating organic, exotic and robotic second skins and eye-catching designs have been worn by world famous artists such as Rita Ora, Jessie J and Little Mix. 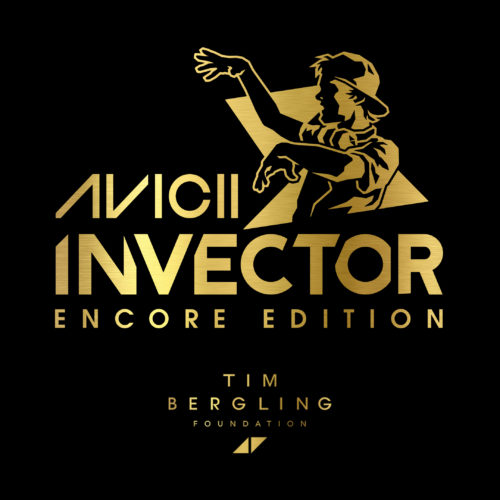