Watford, UK – 4th October, 2022: Publisher Wired Productions and Australian Game Development Studio, Epiphany Games, are proud to announce that the Tiny Troopers are back with a brand new gameplay reveal trailer of upcoming title, Tiny Troopers: Global Ops. Opening the doors to the cross-play co-op action is a new Tiny Troopers: Global Ops demo, available on PC and Xbox Series S|X via Steam Next Fest and Xbox Insider for the next 7 days.

Tiny Troopers: Global Ops celebrates the return of the multi-million selling Tiny Troopers franchise, an arcade twin-stick shooter in which you lead an elite squad of battle hardened specialists on missions to take down hordes of enemies from all corners of the world! The Troopers’ are given their biggest ops ever and now in the new demo, as well as at launch, they will call on PC, PlayStation, Xbox and Nintendo Switch players alike to come together in the name of fast-paced action-packed cross-play fun.

Tiny Troopers: Global Ops features the explosive bite-sized action fans of the franchise have come to enjoy, but this time there’s a host of new features and an epic campaign with over 50 missions set in all corners of the globe. Battle the toughest enemies with a lethal arsenal of weapons including machine guns, flamethrowers and rocket launchers, or mount-up in vehicular combat. You can take on the challenge alone, or team up in couch or online co-op with friends on any available format to take on the Tiny Troopers: Global Ops world leaderboards.

The Official Tiny Troopers: Global Ops Discord, home to dedicated content that cannot be found anywhere else, also launches today. Enthusiastic players  joining today will have the chance to register for exclusive opportunities such as a limited closed BETA, as well as full access to speak with the developers, Epiphany Games, and members of the Wired Productions team.

Players can access the Steam demo by simply visiting the Steam page and Xbox Insiders can download the playtest via the Xbox Insider Hub App or on the Xbox Series S|X console.

“At Wired Productions we love Tiny Troopers so much that we took over the IP and embarked on developing a complete reboot of this twin stick shooter. ” said Leo Zullo, Managing Director, Wired Productions. We have long term plans for these bite sized soldiers, and this is just the first mission. We can’t wait to see players come together, playing on different systems yet sharing the experience”. 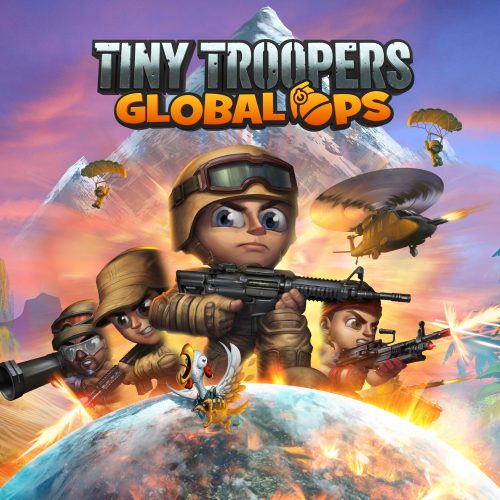