Publishing partnership with Wired Productions continues with the signing of Bulwark: Falconeer Chronicles

Created with the love and passion of solo developer Tomas Sala, the announcement trailer for Bulwark: Falconeer Chronicles introduces the new stand-alone game. Bulwark: Falconeer Chronicles is a relaxed city builder, featuring limitless building, freedom and creativity, while encouraging players to become the creator of their very own Bulwark, a fortress against the endless Ursee and its fierce inhabitants.

Prospective players can sign up to the Official Discord for ‘The Falconeer Chronicles’ today. Home to dedicated and exclusive content, the Official Discord offers full access to speak directly with the solo developer, Tomas Sala, while members can experience the unique development journey first hand.

“Tomas is a pioneer when it comes to game development and a true member of the Wired family who we’ve loved working with so much – that we’ve decided to extend our marriage!” said Leo Zullo, Managing Director at Wired Productions. “Bulwark: Falconeer Chronicles is a pure expression of the developmental freedom of just one man and we are proud to support him on this creative journey.”

“I am thrilled to be in this together with the team at Wired Productions. Working with someone like myself, who is chaotic and creative in equal measure, is an adventure, and I’m delighted we’ll be jumping into the deep end together.” said Tomas Sala, solo developer of Bulwark: Falconeer Chronicles. “Bulwark: Falconeer Chronicles is a constantly evolving and changing concept and I cannot wait to see the final result of this collaboration.”

You can Wishlist Bulwark: Falconeer Chronicles on Steam now. Further information will be revealed throughout the coming months. To stay up to date visit FalconeerChronicles.com, chat on Twitter or join the official Discord.

Wired Productions is an independent video games publisher based in Watford, UK. Wired has produced and published award-winning titles across all major platforms and its games are curated to deliver on its mantra: ‘Driven by Passion.’ Bringing games to market in both physical and digital media, notable launches to date include: Arcade Paradise, Lumote: The Mastermote Chronicles, Martha Is Dead, The Falconeer, Those Who Remain, Deliver Us The Moon, Close to the Sun, GRIP: Combat Racing, Victor Vran: Overkill Edition, Max: The Curse of Brotherhood and The Town of Light. Upcoming titles include Tin Hearts, Tiny Troopers: Global Ops, The Last Worker and Gori: Cuddly Carnage. 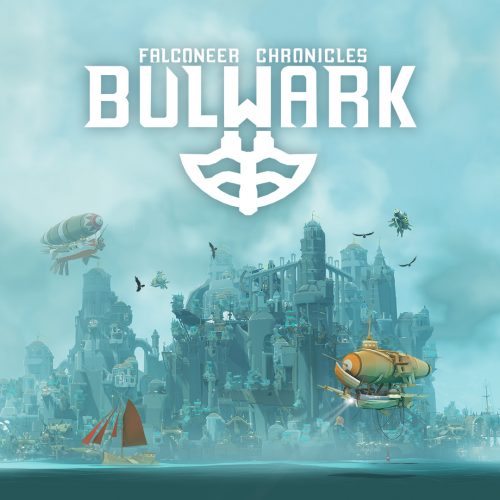