Watford UK, 6 October, 2021. Global video games publisher Wired Productions and developer Nosebleed Interactive. are delighted to announce that a playable demo of retro arcade adventure Arcade Paradise is available from today for a limited time. Released as part of the Steam Next Fest celebrations, the demo will take players through their first day running the King Wash Laundromat, putting them through a spin cycle as they take the first steps in transforming the rundown laundromat into a buzzing arcade.

Download and play the Arcade Paradise Steam Next Fest demo, only available until 11th October:

Welcome to Arcade Paradise, the 90’s-fuelled retro arcade adventure. Playing as Ashley, your father, Gerald (voiced by The Witcher’s Geralt, Doug Cockle), has gone to the Riviera and given you the keys to his laundry business tasking you to run the tedious day-to-day. Rather than washing rags for a living, you decide to turn the family laundromat into the ultimate arcade. Play, profit and purchase new arcade machines, with over 35 to choose from, to build your very own Arcade Paradise!

Add Arcade Paradise to your PC wish list on Steam or GOG.

Nosebleed Interactive is a multi-award-winning independent studio based in Newcastle upon Tyne, in the heart of the North East of England. After critical hit Vostok Inc., Nosebleed are working Arcade Paradise as their next hit title. 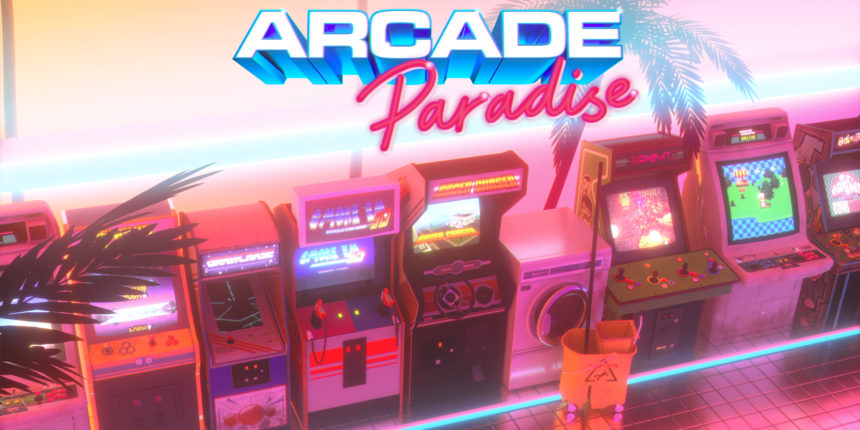