Watford UK, 29th July 2021: Wired Productions, Oiffy and Wolf & Wood are excited to announce that The Last Worker from Writer / Director Jörg Tittel has been selected by the 78th Venice International Film Festival (La Biennale di Venezia), which will run from 1st to 11th September.

Competing in the VR Expanded category where it is nominated for a Golden Lion, the World Premiere first chapter of The Last Worker will be accessible exclusively to the jury and accredited festival guests on Oculus Quest/Quest 2. Among the 23 nominees, The Last Worker is the only videogame.

Featuring uniquely immersive gameplay, handcrafted 3D and 2D visuals based on concepts by comics legend Mick McMahon and a multi-instrumental score, The Last Worker features intense performances from an all-star cast (to be announced in early September).

Jörg Tittel said, “It has been my lifelong dream to see one of my stories in the Biennale, but who knew that it would be with a VR game! It is truly beautiful that the world’s oldest film festival is at the forefront of celebrating the future of storytelling. There is no better place to introduce the world and characters we’ve been building.”

Ryan Bousfield, Creative Director, Wolf & Wood added, “To be part of such a prestigious festival is very cool for our small team. The hand-crafted style of The Last Worker really reflects the level of thinking and artistry each individual has poured in to create this multifaceted world. The invitation to compete in Venice is obviously a little nerve wracking but also incredibly exciting for us and I’m really proud of all the work the team has created to get here.”

Leo Zullo, Managing Director, Wired Productions, continued, “The design, story and themes of The Last Worker are so unique, and what Jörg, Ryan and their teams are creating fills us with pride, and I am very much looking forward to seeing the story unfold.”

Releasing on all platforms in 2022, The Last Worker is a narrative adventure centred around our struggle in an increasingly automated and dehumanizing world. Set in a lonely, oppressive but strangely beautiful environment, The Last Worker is a unique blend of first-person narrative, work simulation and stealth strategy game play. Combining a hand-crafted art style with uniquely immersive gameplay mechanics in an epic setting, the game delivers an emotional, thought provoking and comedic story with rich characters performed by an all-star cast. The Last Worker will be released in 2022 on Oculus Quest 2 / Quest, Steam VR, Steam, Epic Games Store, Nintendo Switch, PlayStation 5 and Xbox Series X/S.

Born in Brussels in 1978, Jörg Tittel is a London based writer, director and producer. His feature film debut THE WHITE KING starring Jonathan Pryce and Fiona Shaw, which he co-directed with his wife and production partner Alex Helfrecht, premiered at the 2016 Edinburgh International Film Festival, where it was nominated for the Michael Powell Award for Best British Feature. Besides writing and directing THE LAST WORKER, he is currently producing A WINTER’S JOURNEY starring John Malkovich. THE LAST WORKER is his VR debut.

Established in 2011 by director/writer Jörg Tittel, director/writer Alex Helfrecht and producer Philip Munger, Oiffy tells aspirational, heartfelt, intense and original stories on screen, stage and beyond. Their next feature is the painted animated live music adventure drama A WINTER’S JOURNEY, Helfrecht’s adaptation of Schubert’s “Winterreise” animated by the artists behind the Oscar nominated LOVING VINCENT. Starring John Malkovich and Martina Gedeck, the film is in pre-production for a 2023 release. Mk2 Films are selling internationally. Oiffy.com

Ryan Bousfield and his team at Wolf & Wood have created internationally recognised VR titles, including A CHAIR IN A ROOM: GREENWATER (2016), THE EXORCIST: LEGION VR (2018) and HOTEL R’n’R (2020) and have worked on all major VR platforms including HTC Vive, Oculus Rift, Oculus Quest, PlayStation VR and Steam VR. Wolfandwood.co 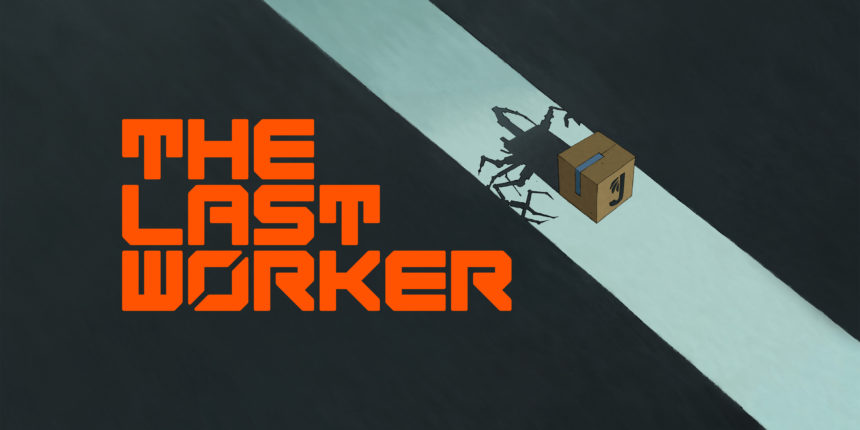